Hank has been experiencing quite a bit of joint pain during the last few weeks or so. When he was telling me (aka complaining) about it, I suggested that he try a Genesis/paleo/primal diet to see if that would help.

As we were driving home from work the other day, he said, “I know that you have to convince me that you know what you’re talking about and you were right about the dietary changes I needed to make. My joints don’t seem to be hurting as badly as they were.”

Food is more than calories. It’s nutrition and information.  Some foods reduce inflammation which causes anything that ends in “itis.” Other foods cause inflammation.

According to the Arthritis Foundation, these foods cause inflammation……

Now the question is what foods reduce inflammation in the body….. 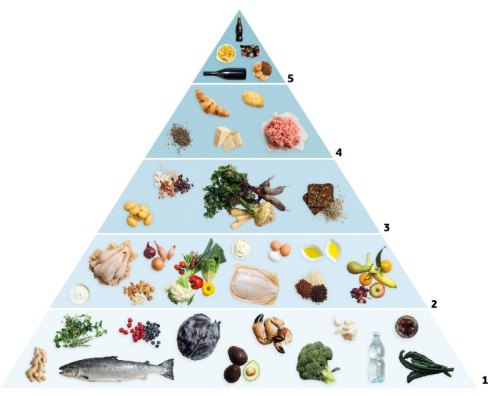 Then God said, “Let the land produce vegetation: seed-bearing plants and trees on the land that bear fruit with seed in it, according to their various kinds.”

And God said, “Let the water teem with living creatures, and let birds fly above the earth across the vault of the sky.”

And God said, “Let the land produce living creatures according to their kinds: the livestock, the creatures that move along the ground, and the wild animals, each according to its kind.”